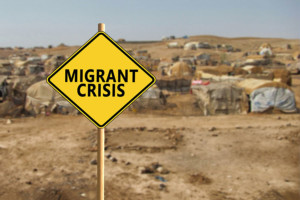 In order to mark the 2015 Human Rights Day and International Migrants Day, the Geneva Centre hosted a panel discussion on the migrant crisis currently affecting the Mediterranean region and the European continent more generally.

The discussion aimed to raise awareness and share experiences on the current migrant crisis, notably in the Mediterranean region and Europe, and to analyse the interrelation between security and international migrations. In this context, the debate focussed on international migration as a consequence of political instability and, particularly, as a possible side-effect of the Arab Spring. The debate also stimulated discussion on good practices and challenges ahead for the promotion and protection of migrants’ rights in host countries, as well as on practical measures to support human rights promotion and democracy-building in potential migrant-sending countries.

Full Report: An Aftermath of the Arab Spring.