MUSLIMS IN EUROPE THE ROAD TO SOCIAL HARMONY 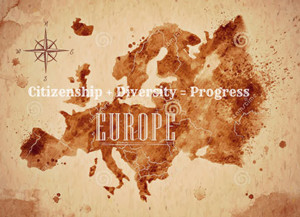 In view of the increasing tension affecting the Islamic community in Western Europe, the Geneva Centre for Human Rights Advancement and Global Dialogue, has commissioned Dr. Zidane Meriboute, a renowned Swiss-Algerian intellectual, to write a study entitled “Muslims in Europe: The road to social harmony”. This study, published by the Geneva Centre in September 2016, has been revised by H.E. Mr. Idriss Jazairy, Executive Director of the Geneva Centre, and includes a preface by H.E. Dr. Hanif Al Qassim, Chairman of the Board of Management of the Geneva Centre.

The panel discussion was held as a side event to the 33rd session of the UN Human Rights Council with the aim of presenting the book and opening the debate on this timely topic.

The discussion was an opportunity to discuss the status of the Muslim community in Western Europe, which reached around 20 million. Muslims with various cultural backgrounds have been living alongside European citizens for centuries.  However, the Muslim community is facing increased systematic discrimination, harassment, and exclusion. To cite the French writer Edwy Plenel, “Exclusion language is nothing but the language of intolerance.” The Muslim community is currently between hammer and anvil. On the one hand, the blind violence perpetrated by terrorist groups around the world targets just as much, if not more, Muslim communities, in their own home countries as well as in Europe. On the other hand, people in the West increasingly link terrorism to Muslims and to Islam, encouraged by populist extremist parties and Islamophobic ideas propagated by some media in the West.

This panel discussion was the opportunity to discuss ways in which the Centre can contribute to restoring, in these times of tension, the path to social harmony for Muslims in Europe, based on the reaffirmation of citizenship combined with congenial diversity.

Short Report: Muslims in Europe The Road to Social Harmony

Event Partners: Permanent Mission of Algeria to the United Nations; Independent Permanent Commission on Human Rights of the Organization of Islamic Cooperation.