ROUND TABLE: MEN AND BOYS – IN SOLIDARITY FOR GENDER EQUALITY 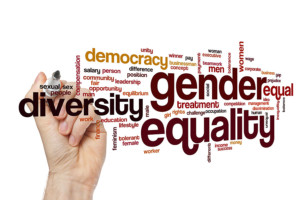 To mark the 20th anniversary of the 4th World Conference on Women “Action for Equality, Development and Peace” (Beijing, 1995), which was commemorated on the occasion of the 59th session of the Commission on the Status of Women in March 2015 at the United Nations Headquarters in New York, a UN Economic Commission for Europe (UN ECE) review meeting took place on 6-7 November 2014 in Geneva. The meeting addressed key areas of progress and challenges concerning the implementation of the Beijing Platform for Action in the UN Economic Commission for Europe (UN ECE) Member States, and discussed ways to strengthen gender equality in the post-2015 development agenda.

Ahead of the UN ECE review meeting, the NGO Committee on the Status of Women organized, on 3rd and 5th November, a Geneva NGO Forum aimed to: 1) create a space for open dialogue among NGOs, civil society and other stakeholders from the 56 ECE member States on the realities impacting women in this region; 2) identify emerging women’s issues; 3) provide information and recommendations; and 4) provide input for the current discussion on the Post-2015 Agenda.

In this context, the Geneva Centre co-convened one of the 16 side-events composing the Geneva NGO Forum and focusing on the 12 core themes set out illo tempore by the Beijing Conference. The interactive roundtable, entitled “Men and Boys – In Solidarity for Gender Equality”, took place on 4th November, and was moderated by Mr. Ricardo Espinosa, in his capacity as both Swiss White Ribbon Ambassador and Head of Development and Global Initiatives at the Geneva Centre. The event aimed to examine men and boys’ role in enhancing gender equality and fighting violence against women and girls.

Conclusions and recommendations of the panel event:

These recommendations constituted the object of a declaration that was then considered by member States during the UN ECE review meeting.