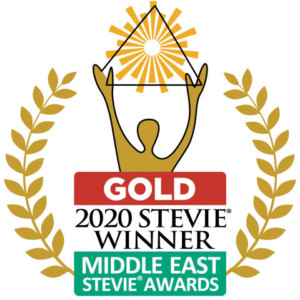 The Geneva Centre has been named the winner of three Gold Stevie® Awards in the following categories:

The awards recognizes innovation in live event and publications conception, development, planning, promotion and execution for non profit/NGO actors. The Geneva Centre is proud to receive these awards, rewarding its hard work in the promotion of human rights and global dialogue.

Gold, Silver, and Bronze Stevie Award winners were determined by the average scores of more than 70 executives around the world acting as judges on four juries.

DR. AL SHAMSI, BOARD MEMBER OF THE GENEVA CENTRE, WAS AWARDED THE PRESTIGIOUS “GLOBAL AMBASSADOR FOR HUMAN RIGHTS AND PEACE” AWARD