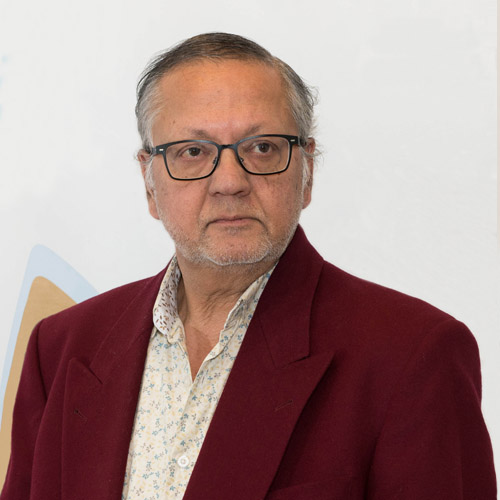 Umesh Palwankar, a national of Switzerland, joined the Geneva Centre in December 2018 as Researcher-Planner. His responsibilities included thematic research, participation in the planning of the activities of the Centre, namely conferences, projects, publications, training programmes and in the impact evaluation of these.

Prior to joining the Geneva Centre, Umesh Palwankar worked for the International Committee of the Red Cross (ICRC), beginning at HQs as Legal Adviser on humanitarian law, which included missions to New York for negotiations on related developments in the UN, and lecturing at The Hague Academy within the framework of the UNITAR courses for diplomats. This was followed by field postings for six years in the Middle East and West Africa. During this period he was invited as Visiting Lecturer on humanitarian law for one semester at the Hebrew University of Jerusalem. He returned to HQs in Geneva as Diplomatic Advisor to the ICRC Directorate, in policy planning, strategic advice and negotiation in regard to humanitarian coordination with the UN system and international NGOs. In this framework, he was the designated ICRC representative to the Inter-Agency Standing Committee (IASC) and OCHA, for negotiation on humanitarian policy and operational issues, and networked with the Permanent Missions in Geneva for institutional advocacy and resource mobilisation.

He next worked as an independent consultant in humanitarian affairs, transitional justice, early recovery and peace-building. This was followed by a post in UNDP as Senior Coordinator of the UN Peace Building Fund (PBF) funded three year country programme for peace consolidation in the Comoros, involving several UN agencies, national authorities, NGOs, regional actors and key States.

His publications include the report of an international symposium he had organized for the ICRC on Humanitarian Action and Peace-Keeping Operations; articles on the means available to States to ensure respect for international humanitarian law; the differences and convergence between humanitarian and human rights law.