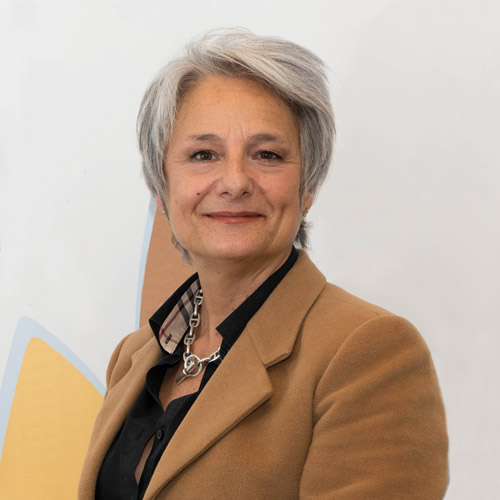 Born in Italy and brought up in both French and Italian cultures, MsTiziana Loschi ​joined the Geneva Centre in July 2019 to support and assist, under the supervision of the Executive Director, the general work of the Geneva Centre and its team members, including managing the administrative and financial operations of the Centre and organizing conferences and other events held by the Centre.

She previously worked as Managing Director of the Annecy International Animation Film Festival for twenty years. Situated in Annecy, France, the annual event brings together over 5000 professionals from 80 countries. Tiziana championed the inclusion of films exploring human rights issues at the heart of the festival’s programming, and organised masterclasses and conferences to highlight the power of animated film, and of art as a whole, in communicating and promoting respect for human rights.

Tiziana worked until recently on the development of a European co-production that will be the first animated feature film with domestic violence as its subject.

She often lectures at the University of Savoie Mont Blanc (IAE Annecy-Chambéry) on the Masters in Cultural Events course and tutors economics, law, French literature and management.

Tiziana holds a Master’s Degree in Political Science from the Institute of Political Studies at Lyon and a Bachelors in Law from the University of Grenoble. She is fluent in English, French and Italian, with Spanish at professional level.