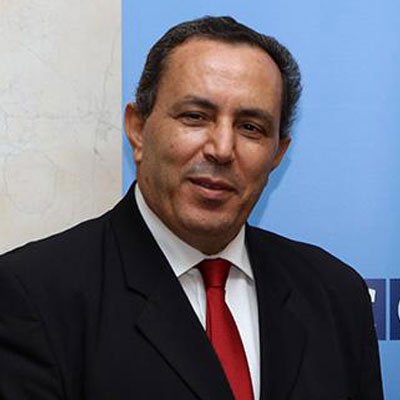 Ambassador Ghazi JOMAAChairman of the Board of Management

Ambassador Ghazi Jomaa, joined the Geneva Centre as Chairman of the Board of Management in 2019. His responsibilities include overseeing the policies and activities of the organization.

The many high responsibilities he has assumed around the world as Ambassador and chargé de missions for international relations, give him a sharp global vision on human rights issues.

Ambassador Ghazi Jomaa holds a Master’s Degree from the Autonomous University of Madrid, he is a  Postgraduate in High International Studies of the Escuela Diplomatica of Madrid and of the Diplomatic Academy of Vienna, and holds a Diploma of English language at the Institut des Langues Vivantes of Bourguiba. In addition, he received several certificates from different Universities.